All our professionals at Annapolis Foot and Ankle maintain the highest levels of accreditation and pursue ongoing education to stay abreast of the latest trends in podiatry. 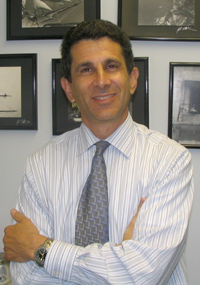 Dr. Lyle T. Modlin has been practicing Podiatry in Annapolis since 1983. He is a graduate of Temple University School of Podiatric Medicine. He completed his surgical residency at Lutheran Hospital in Baltimore, Maryland. Dr. Modlin has served as the Chief of the Podiatry Service at Anne Arundel Medical Center, is a past committee member of the Ambulatory Surgery Committee and a past Medical Board Member of Anne Arundel Medical Center. He is a Diplomate for both the American Board of Podiatric Surgery and the American Board of Foot and Ankle Surgery. Dr. Modlin has earned the honor of being voted The Capital Reader’s Choice Podiatrist in 2011, 2012, 2013, 2014 and a Reader’s Choice Finalist in 2015, 2016, 2017. He was also voted as What’s Up? Media Top Doc in 2005, 2007, 2009, 2013, 2015, 2017, 2019 and 2021. Baltimore Magazine recognized Dr. Modlin as a Top Doctor in 2012, Recognized as Favorite Podiatrist Chesapeake Family Magazine 2020

He is a native of Maryland, lives in Annapolis with his wife and has three grown children. He enjoys boating and photography. His photos can be enjoyed throughout his office.